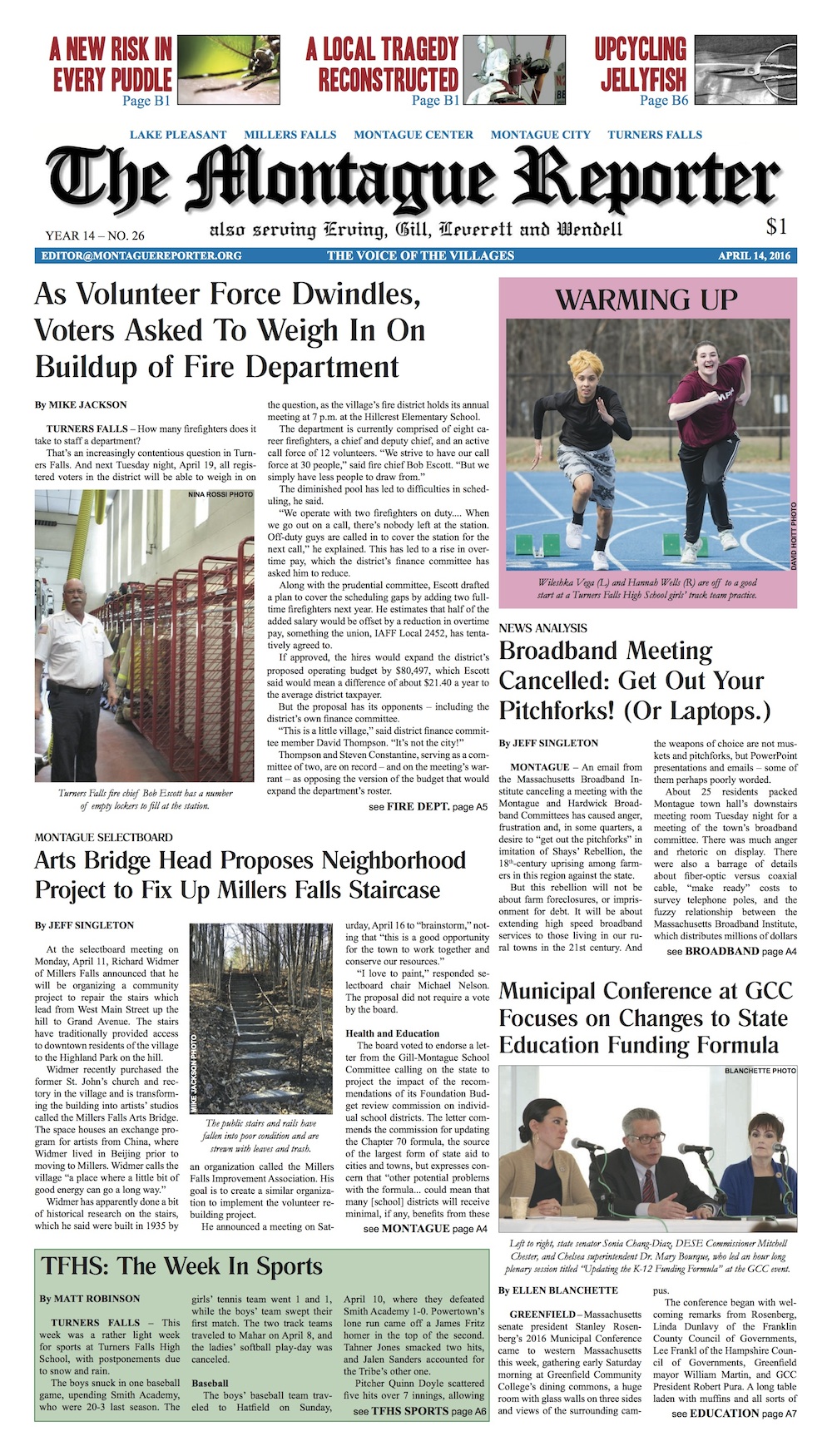 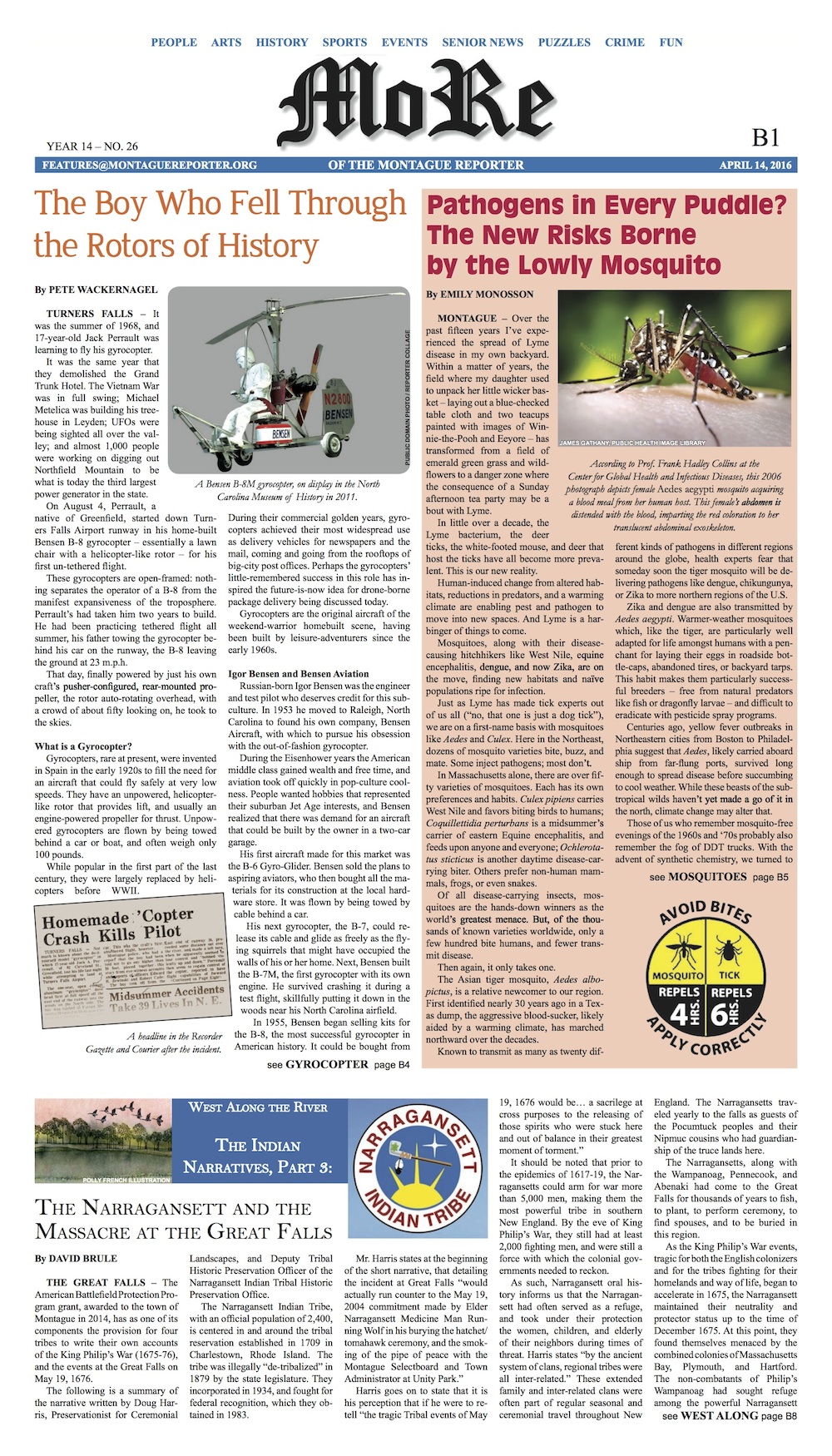 Calling all Turners Falls Fire District voters: your voices are needed next Tuesday night at the district’s annual meeting! Read up on some of the big questions facing TFFD on Page 1 of this week’s issue. The Massachusetts Broadband Institute cancels an important meeting, frustrating the Montague and Hardwick broadband committees and causing confusion and delay. Changes to the state education funding formula are the focus of a conference at GCC. Selectboard notes from Erving, Leverett, Montague, and Wendell. A rundown of the week in TFHS sports. Lou’s UpCycles winds down. Letter writers issue an additional plea for attendance at next week’s TF Fire District meeting and offer a vote of confidence for Hillcrest Elementary’s work with students. And, our editorial encourages you to subscribe to our “strange little rag.”

MoRe: A reconstruction of a 1968 gyrocopter tragedy at the TF Airport that resulted in a life lost in pursuit of adventure. A look at the new risks borne by the lowly mosquito. The Indian Narratives, Part 3 offers the Narragansett perspective on the massacre at Great Falls. The Children’s Page celebrates sea creatures! The Healthy Geezer takes on another “age thing” that is hard to swallow. Plus: Weird Healing; Pet of the Week; police logs from Montague and Gill; our film critic reviews Risen (2016); and even more event announcements and listings than usual. Why not start (or renew) your subscription with this issue?